Menu
Home
Blog
Hemp Sheets helping build a Fibre Market in the US.

Hemp Sheets helping build a Fibre Market in the US.

One person in the US is using his fibre knowledge to help build a hemp fabric industry. 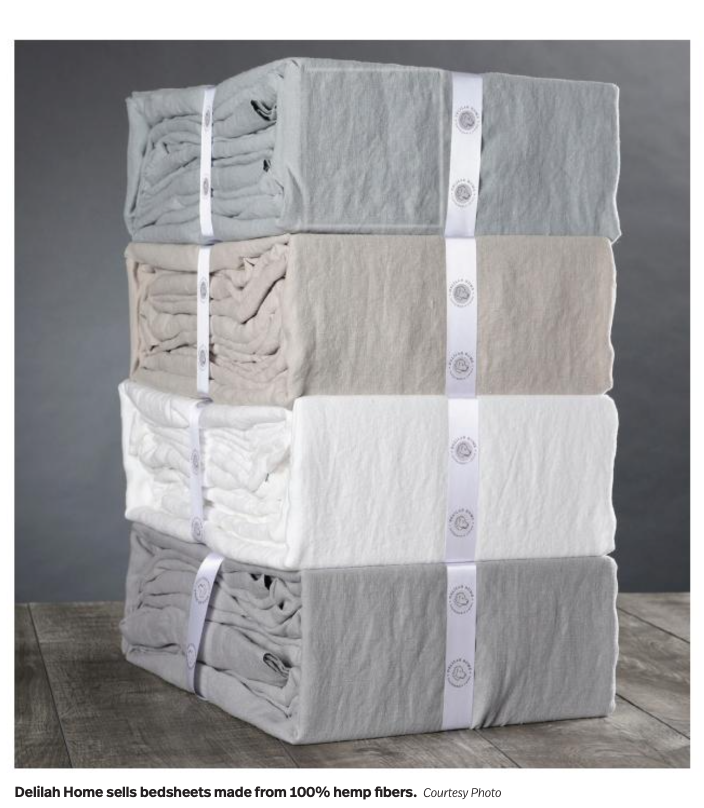 Tough fibre: Hemp making (slow) inroads into the textile market
By Ivan Moreno
Attentive shoppers walking through a Macy’s department store last winter might have spotted a rarity in the bedding department: hemp sheets, advertised as being 100% made from the plant’s fibres.

The sheets were a rarity because such textiles are “a brand-new category” in the market, according to Michael Twer, who founded Delilah Home, the Weddington, North Carolina-based company that makes the product.

Currently, 100% hemp textiles cannot be made in the United States because of a lack of equipment.

“There is no American hemp fabric yet made from American-grown hemp,” said Guy Carpenter, president of Bear Fiber, a Wilmington, North Carolina-based supplier of fiber produced from hemp and other sources.
Getting hemp from a farm to Macy’s or any other store is a time-intensive process that requires patience and a bit of luck. It doesn’t hurt to have connections with overseas factories that have machinery and technology for hemp spinning.

In the United States, the technology is nearly non-existent because growing hemp commercially has been illegal for decades and textile manufacturing largely moved overseas years ago. So Twer, who lives in Matthews, North Carolina, has had to make his products at a family-run factory in Portugal.

“The U.S. does not have the machines or the technology yet to produce the high-quality textiles that I want to produce,” said Twer, who also serves as chair of the Fiber Council at the Organic Trade Association.

Twer developed connections with factories overseas through his previous job as general manager and vice president for a European company that made organic cotton. But by January 2019, the company was sold and his position was eliminated.

Sales were sluggish to start in November, when Deliah Home launched, but the few hundred sets of bedsheets Twer had at Macy’s sold out by the end of March. Twer also sells the sheets through Amazon, Zola and on the Delilah Home website.

The sheets aren’t cheap: A king-size set sells for as much as $800. So why would consumers buy hemp bedsheets?

“It’s one of the most durable fibres there is in the marketplace,” Twer said. “It’s breathable, so when you’re putting (hemp) into bedsheets, it allows the heat to be released … versus a microfiber, where you get in the sheets and you sweat because the heat doesn’t have a chance to release.”

Twer and others say it’s possible prices for hemp textiles will come down eventually. The demand is there, he said, but there isn’t enough processed hemp fibre. That’s because making hemp textiles is an arduous and expensive process, especially when the right machinery isn’t readily available.