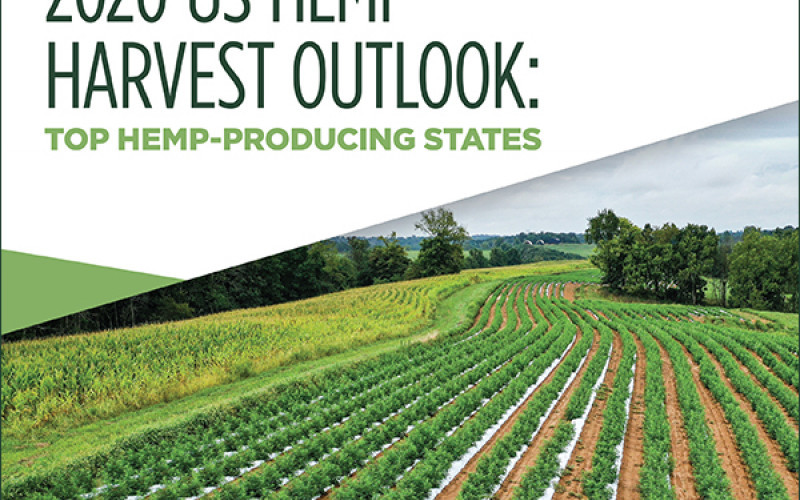 The hemp industry has seen its share of struggles and growing pains over the past year, but it’s also witnessed a year full of changes and forward progress.

After the 2018 Farm Bill made hemp a legal commodity and took the plant off the list of controlled substances in the United States, the market took off. People rushed into the hemp scene—but many of them were inexperienced and had never planted anything before.
States licensed a combined 511,442 acres of production across 34 states in 2019, more than quadruple the number of acres licensed from 2018, according to industry advocacy group Vote Hemp. Of that licensed total, farmers ultimately planted roughly 230,000 acres and likely harvested closer to 115,000 acres.

Several reasons can be blamed for the large number of planted acres not being harvested, including:

·      A lack of pesticides to keep insects and disease at bay.
·      The labor intensive nature of planting, maintaining and harvesting the crop.
·      Farmers failing to have harvesting, drying and storage plans.
Of the plants that were brought in, many may not have been stored correctly, leading to additional losses.

Even with all of those factors, the nascent hemp market still experienced overproduction. Growers who didn’t sell their crops prior to planting or who had processor contracts fall through ended up trying to unload their hemp harvest in fire sales at the end of the season or processed it enough to store through the winter to sell later, hoping for higher prices.

That brings us to the 2020 season. Due to regulatory uncertainty, a vast oversupply in 2019 and the coronavirus pandemic, licensed hemp acreage decreased year-over-year for the first time since the 2014 Farm Bill established a national hemp pilot program.

As a result of reduced production, the list of the top 10 U.S. states looks a bit different than last year, with five new states making their debut. But there are also more states producing hemp in 2020 than ever before.

Hemp Industry Daily contacted each state’s agriculture department to find out how many indoor and outdoor acres, growers and processors were licensed as we headed into the 2020 planting season. The top 10 hemp states by acreage licensed this year include, in ranked order:

Some states’ numbers have evolved and fluctuated since our initial data collection, due to ongoing licensing or later registration dates. And of course, licensed acreage does not reflect actual planted acreage or the number of acres that will be harvested at the end of the season.


If you enjoyed reading this article, you can subscribe below to receive more like this in your inbox as they are published.
Subscribe
agronomy research markets
For media enquiries please contact us.
Published Aug 25, 2020

80 years of studies into Industrial Hemp

Facts about hemp from a knowing source.

Future of Hemp in Europe... is it construction?