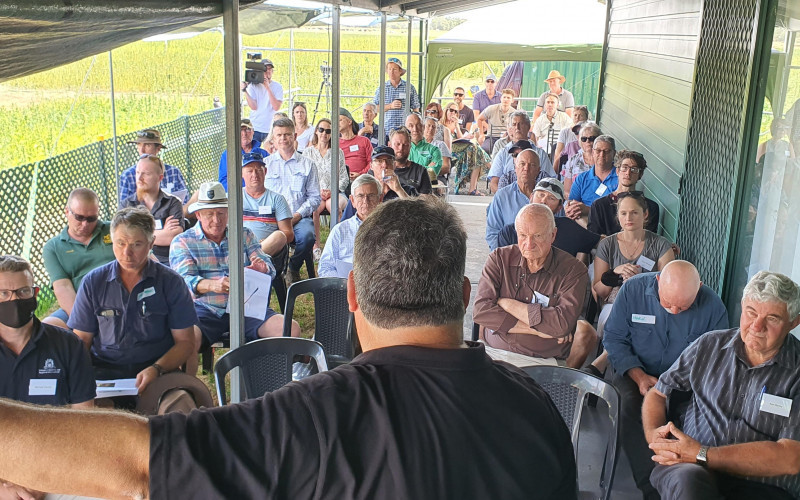 More than 50 guests attended the event to hear from co-founders Greg LeGuier and Mark Power about their vision to become a Western Australian-based scalable and commercial cultivator, processor and distributor of low THC hemp seed for healthy food, wellness and commercial products.

Greg LeGuier said that he was grateful for the support of HempGro in organising the field day and that the fact the event attracted so many people, including reporters from The Countryman, Harvey Waroona Reporter, and Farm Weekly, is evidence of the growing attention being paid to industrial hemp.

“Western Australia’s industrial hemp sector is in a strong place, with increasing interest being shown in it by interstate and overseas parties,” said Greg. “Along with the favourable climate, WA enjoys strong support from government and the wider farming sector which is taking up hemp as a rotational crop in greater numbers.”

If you enjoyed reading this article, you can subscribe below to receive more like this in your inbox as they are published.
Subscribe
business ventures industrial hemp agronomy field day hemp and soil seed agriculture
For media enquiries please contact us.
Published Feb 18, 2022

The Countryman tells a good story around hemp in WA

Hemp Protein is a healthy alternative.